If you want to install Linux as your operating system, you should select and install one of the available distributions based on your needs. You can also use Linux From Scratch to assemble and build a new distribution.

What Is the Best Linux Operating System?

Keep in mind that there is no such thing as the best Linux operating system. Because each of the different versions is designed for a specific purpose, you have to choose between Santos, Debian, Ubuntu, or many other versions based on your needs.
Linux was an operating system in which individuals or companies compiled apps alongside the kernel and used it as a package. This trend continued until these three big companies started producing very cohesive packages with great support:

If you are interested to know what is the difference between wordpress hosting and web hosting , this post can help you!

In the following, we are going to make a Linux distributions comparison. Stay tuned to know more about the types of linux distros below.

Ubuntu is probably one of the most popular linux distributions in the world. This distribution system is based on Debian. But the source has its software repositories and does not use those of Debian. Many of the software included are syncing with Debian Repository software. The great thing about Ubuntu is that it has the complete repository of all distributions.
The Ubuntu project focuses on producing robust desktop and server versions to have a good user experience of the operating system. As a result, it has no fear of creating new, fully customized technologies to enhance a better sense of user experience. Ubuntu used the GNOME 2 user interface but now uses its interface called Unity. Ubuntu is the only company to use Mir’s graphical server, while other distributions use Wayland.

Ubuntu has always been an up-to-date operating system and has promised to release a new version every six months. Once every two years, it offers a performance with Long Term Support. As of this writing, version 16 of the LTS is available.

Suggest you read our article about what does a server do

Mint is an Ubuntu-based Linux distribution that uses the same Ubuntu repositories, so similar software packages are available for both. Mint is generally a side-by-side distribution, with a strong focus on media codecs that Ubuntu did not include in its distributions by default.

This distribution now has its own identity. You can not find the unity interface on Ubuntu. You can use Cinnamon or MATE interfaces instead. Mint has a slower update process. Mint does not support the automatic installation of necessary updates. This has led some Ubuntu developers to call this distribution unsafe.

Fedora is a project focused on free software. You can not find a simple solution to install graphic drivers on it. Although informal repositories are available and make this possible, they are still not as simple as other distributions. Fedora is a bleeding edge operating system (the edge of technology that sometimes dies!) And includes the latest version of the software. For this reason, the term pre-death was coined to say that the latest updates to Fedora are being tested in the real world. If the test is successful, it will be placed in Red Hat Enterprise Linux.

Unlike Ubuntu, Fedora has not developed its user interface. Instead, the Fedora project uses upstream software. This interface provides a platform that puts all the upstream items together without adding special tools. Fedora uses the GNOME 3 user interface by default.
Fedora is supported by Red Hat and is the foundation of the Red Hat Enterprise Linux project. As mentioned earlier, Fedora is a bleeding edge operating system, and no version of it is supported for long. Red Hat itself recommends using its Enterprise versions.

Manjaro is a super user-friendly Linux Distros available for beginners. This distribution is a desktop-oriented one. It provides critical functionalities to you, such as automatic hardware detection, intuitive installation, and even stable release rollouts. Regardless of simplicity, you can get hold of some rich features such as the ability to install multiple kernels and run Bash scripts to manage graphics drivers.

Pop!_OS provides a custom GNOME desktop to you. If you are a beginner, you can get hold of the hundreds of informative videos available about it on the internet. On top of that, you can also experience the benefits that come with helpful articles.

The elementary OS is known for its good looks. This OS would look pretty much similar to the Mac OS. Hence, we can highly recommend it to people who are looking for a user-friendly distribution.
Before you start using the elementary OS, you need to understand that it is based upon Ubuntu. Therefore, you can expect to find the user-friendliness that is available with Ubuntu. In the meantime, it will also make sure that you can continue to use it with a top-notch performance. There are lots of guides available for people who start using elementary OS as well.

As of now, MX Linux is one of the most popular Linux distributions that you can see. You will be surprised with the features coming out of it as well. Apart from user-friendliness, this distribution is known for its stability as well.
It is quite different from Ubuntu. That’s because it is based upon Debian along with the Xfce desktop environment. Apart from superior stability, you will be able to gain access to a large number of useful GUI tools along with MX Linux. Therefore, you will be able to continue using this distribution comfortably. One of the features that you will love as a beginner is the Package Manager. It will help you to save time and stay away from hassle with one-click installations.

Zorin OS provides you with access to an intuitive and beautiful interface. However, make sure that you download a stable release that comes after Zorin OS 15. Then you can continue to use it without an issue.
Even if you have an older PC, you can proceed with getting Zorin OS installed. You may also take a look at the different editions of Zorin OS available. They include Ultimate, Education, and Core Editions. Or else, you can get the Core edition, which is available for free.

The openSUSE project was released while keeping three main objectives in mind. The first objective of them is to make Linux more accessible for people. This OS also wanted to enhance open-source collaborations and get both new and experienced users to start using it. Even though we recommend this for experienced users, it is also recommendable for beginners.

Solus is a relatively new distribution that you can consider. One of the unique things about this distribution is that it was developed from scratch. You can get the best experience on Solus when you are using it on a desktop. There are multiple variations of Solus, and Budgie is the most popular one out of them.

Arch Linux is a distribution aimed at experienced users. It updates the newest software programs with comprehensive dependency tracking using Pacman, its package management. Arch may be installed from a CD image or a rolling release FTP site. The default installation offers a stable foundation upon which users can build a bespoke system. The Arch Build System (ABS) also makes it simple to create new packages, change the settings of existing ones, and share them with other Arch Linux users via the user repository.

Gentoo is a flexible and fast distribution aimed towards programmers and network administrators. Portage is Gentoo Linux’s powerful package management system. Unlike binary software, source code is generated locally according to the user’s preferences and is frequently optimized for a specific computer type. The name was selected to highlight machine-specific optimization’s potential for performance increases, an essential aspect of Gentoo. Gentoo package management is modular, portable, easy to maintain, and adaptable.

Slackware is an advanced Linux operating system with the dual aims of the simplicity of use and reliability at its core. Slackware brings the best of both worlds to the table, combining the newest popular software with a sense of heritage, delivering simplicity and ease of use alongside flexibility and power.

The UNIX-like Linux operating system, which was first created in 1991, currently benefits from the efforts of millions of users and developers all over the world. Slackware Linux provides a fully-featured system for both new and experienced users, capable of serving in any capacity from desktop workstation to machine-room server. Web, FTP, email servers, and a variety of popular desktop environments are all ready to use right out of the box. A complete set of development tools, editors, and current libraries is supplied for users who want to write or compile new software.

Red Hat Enterprise Linux is a large Linux operating system project designed for both desktop and server. The server version is used to serve web hosting services.
Red Hat Enterprise Linux is based on the Fedora project. The difference is that the platform is designed to be completely stable and with long-term support. The main difference with Fedora is that it has Fedora as its test version, which performs software troubleshooting and testing in its laboratories in Fedora and the real world. In general, centos is one the best ubuntu distro.

It was once available for free, but the CentOS project started when the company decided to put a paid license. Since Red Hat was licensed under the GPL software, Red Hat Enterprise Linux had to remain open source. That is why CentOS creates a copy of it and makes it available to everyone without a paid license! CentOS is a free version of Red Hat Enterprise Linux. The two companies are already working together, and CentOS has become part of Red Hat.

Debian is an operating system made up of free, open-source software. The Debian project has been producing software since 1993 and continues to release new versions. But Debian is generally known for its slow, steady movement. Updates are quieter than operating systems such as Ubuntu and Mint. This has stabilized Debian, which is excellent for some plans.
Ubuntu was created based on Debian to create a more stable platform and faster updates and optimizations. Software packaging takes place side by side in a user-friendly environment, which provides more immediate updates.

Most people tend to confuse SUSE Linux Enterprise Server along with OpenSUSE. However, they are not the same. SUSE Linux Enterprise Server can be considered one of the most popular cloud-based servers available out there to view. There is no need to pay for using it. However, users who obtain a subscription can receive priority support. On top of that, it is also possible to receive expert assistance for managing the open-source solutions without a struggle.

The History of Linux Versions

Due to its open-source nature, this operating system has created different versions of Linux, such as Debian or Ubuntu, etc… Each of these best Linux distro has been developed by other companies. 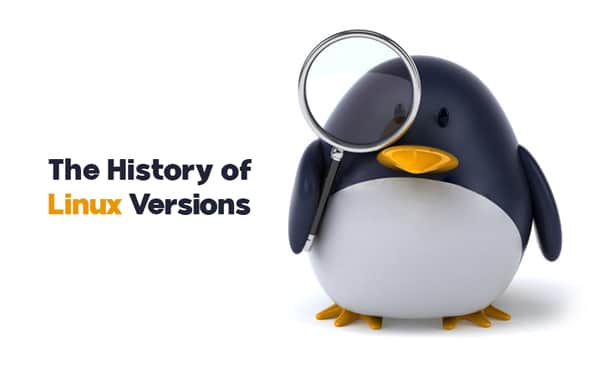 In general, each of the most popular Linux distros has a specific purpose and a specific target market. If you plan to install one of the distros, you can take a look at the different types mentioned above. After reading this article, we hope you can choose the best Linux distro according to your needs. If you need more info , check this link out!

PrevShared Hosting vs VPS Difference; Which One Is Better for Your Business?September 10, 2020
Advantages & Benefits of WordPress Hosting You Need To Know!November 24, 2020 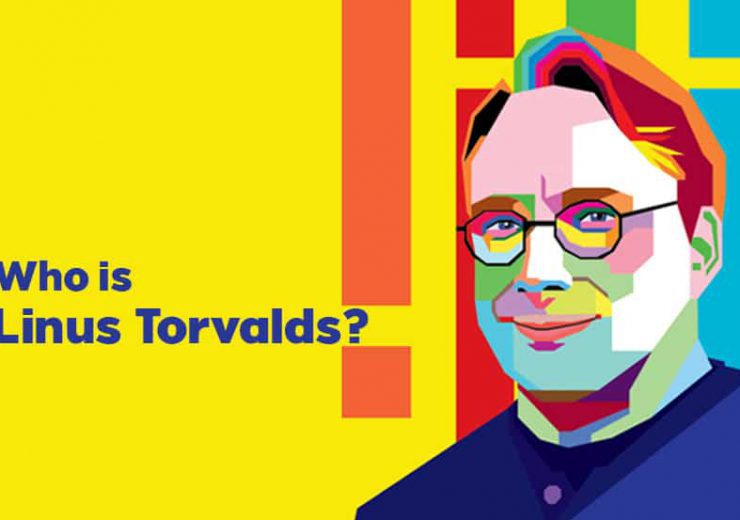 In this article, we will review the best Linux distributions and compare different... 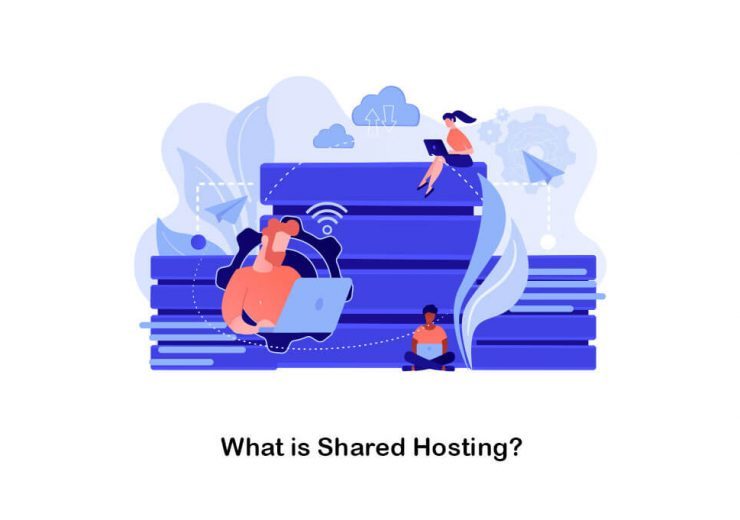 What Is Shared Hosting Meaning and How Does It Work?

Have you ever questioned to know what is shared hosting? According to the shared...